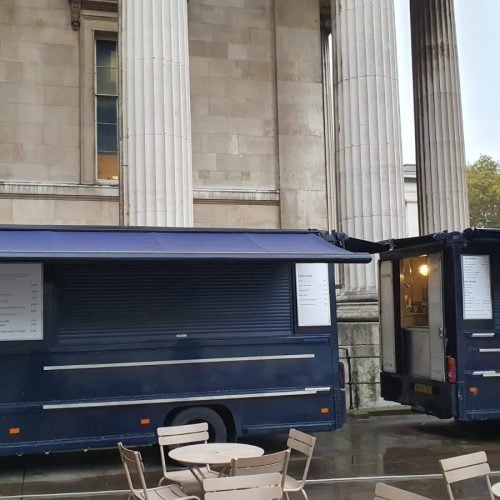 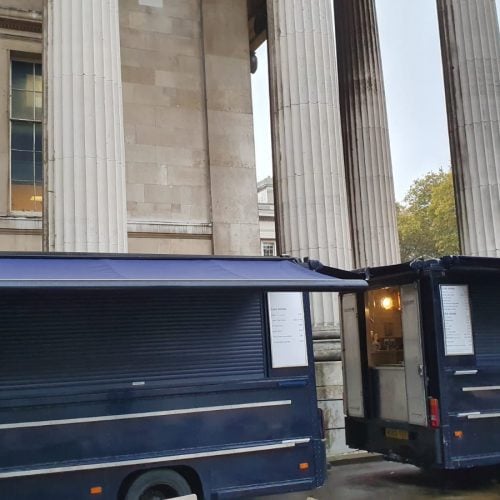 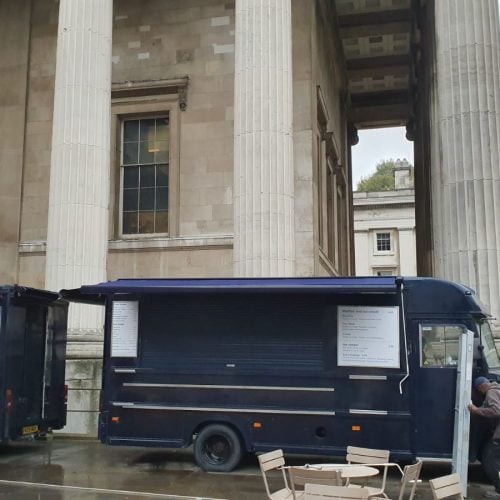 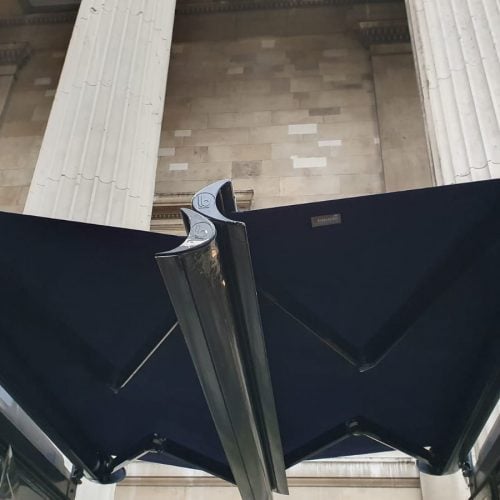 The supply and installation of awnings on vehicles is something Radiant Blinds & Awnings has carried out for years. We have installed them on ice cream vans, a cinema truck and double decker buses.  However the most popular vehicles are food vans.

This particular job included recovering 3 no existing awnings and installed a new one as the previous awning had suffered wind damage. We supplied dark navy blue covers to match the van. The folding arm awnings are manually operated and offer protection from UV sun rays and light showers.

The British Museum, is in Bloomsbury, London. It is a public institution dedicated to human history, art and culture. The permanent collection of some 8 million works is among the largest and most comprehensive in existence having been widely sourced during the era of the British Empire. It documents the story of human culture from its beginnings to the present. It was the first public national museum in the world.

Bloomsbury began to be developed in the 17th century under the Earls of Southampton. It is known for its numerous garden squares including Bloomsbury Square, Russell Square and Tavistock Square.