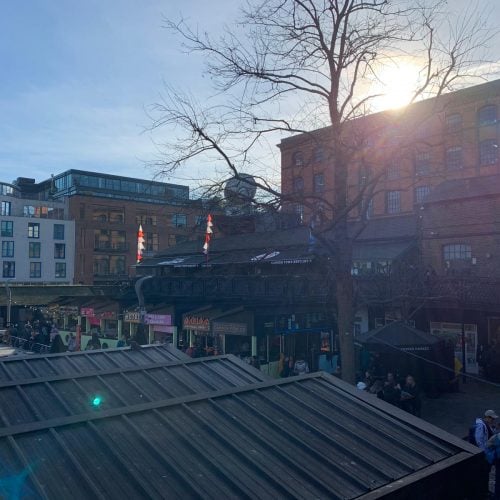 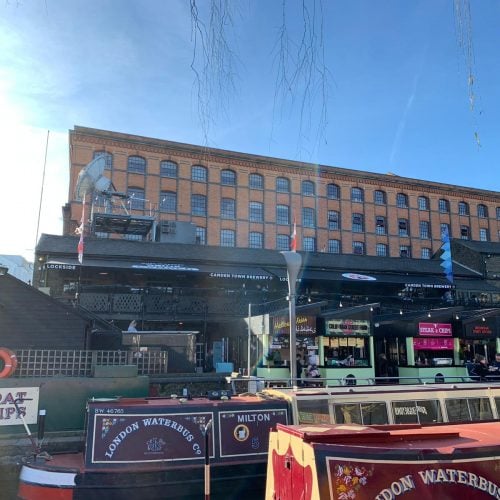 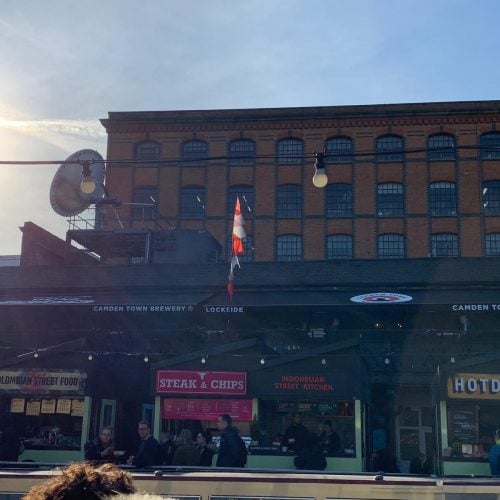 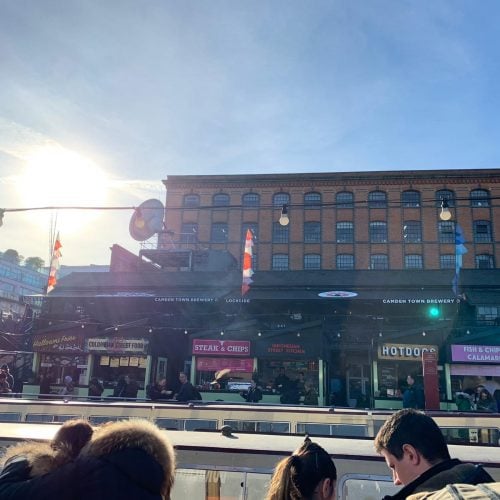 Two new 12m wide Classic Folding Arm awnings installed by Radiant Blinds & Awnings for The Lockside Bar, Camden Lock, London.  Situated on the first floor balcony next to Camden Lock these 2 awnings were installed on site by our teams in less than 5 hours.  This popular pub and diner could not have their lunch time trade affected so our teams were on site early morning in order to get the job done to allow them to trade as normal.

The awning covers have been sign written by our own Awning Graphics Services department using the latest technology.  Any design can be turned into life using our sign writing services.  The main covers have the Camden Town Brewery logo on them at more than 2m in width.

The awnings are controlled by a wireless remote control wall switch which opens and closes the awnings at the touch of a button.

If you are in the area The Lockside Bar is located at 75-89 Upper Walkway, Camden Lock Place, London NW1 8AF and all their upcoming events are on their website – www.locksidecamden.com

A little about Camden

Regent’s Canal was authorised by an Act of Parliament obtained on 13 July 1812, for a canal from Paddington to Limehouse. When the directors first met, they had decided that all locks would be paired, so that some of the water from a lock emptying could be used to fill the adjacent chamber. Water saving was an important factor, as they knew that water supply would be problematic. Colonel William Congreve, a military engineer who was later knighted, proposed the use of hydropneumatic boat lifts instead of locks. Various designs of a similar nature had been tried in the early nineteenth century, notably at Mells on the Dorset and Somerset Canal and at Tardebigge on the Worcester and Birmingham Canal, but none had proved successful. Congreve’s design used two water-filled caissons, which were moved up and down by hand, assisted by compressed air trapped beneath the tanks. With no working examples of such lifts, the directors were understandably cautious, but following an engineer’s report, decided that Maudslay & Co should build a prototype at Camden Town. There were a number of technical problems, with the canal company blaming Maudslays for poor design, and Maudslays blaming the canal company for changing the original design and failing to maintain the structure. Congreve’s claim that it could be operated in just three minutes was never proved, and in 1818, the directors decided to cut their losses, and reverted to using paired locks. The lift was sold at auction in November 1819, and the 13 lots raised just £404.  More details about Camden Lock on Wikipedia.