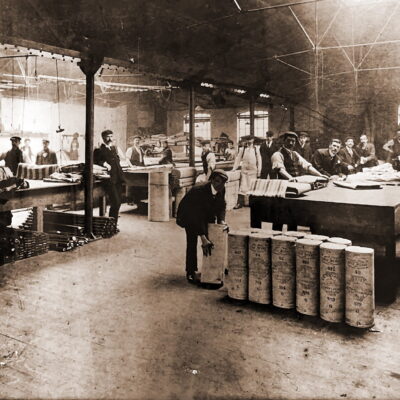 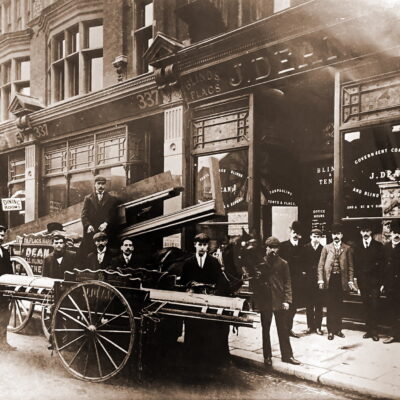 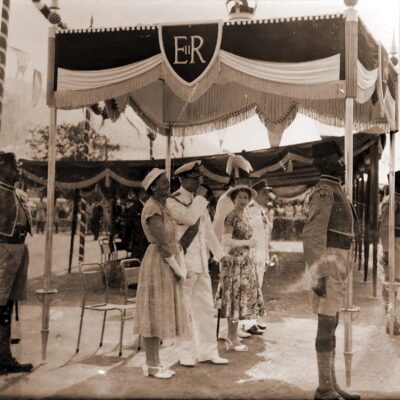 John Dean was the founder of a blind and awning manufacturing business based in Putney in 1894.  As the son of a Devon policemen he travelled to London looking for employment.  John worked and lived in a furniture store where he slept at night on the shop counter and educated himself at the local library.  Eventually John took over his brother’s blind and awning business in London and ran this successfully throughout his life.  Over the years, the company expanded, and he opened branches in Dublin, Manchester, Birmingham, Bournemouth and Bristol.

Fulham Football Club’s connection in the History of Radiant Blinds

John Dean became chairman of Fulham Football Club and was dedicated to the club as well as his blind business.  He was a charismatic, benevolent man who was devoted to the club and provided an incredible amount of financial support.  Not only did he guarantee the bank overdraft but bought shares, invested in the club and most importantly bought the Craven Cottage ground. Later, he received an offer twice the figure that he’d paid for it but said, “I will only sell it to the Fulham Club and the moment they are in a position to pay me the price I paid, it is theirs. I do not want to make a penny profit out of it. I bought it for the club and in the interests of the game.”

He employed footballers to paint blinds and awnings during the summer months which supplemented their income. How times have changed!  Some of the players also worked for him after their footballing careers had finished.  When space was tight in the factory, blinds and awnings were stored under the stands at Fulham.

John died in 1942 and was succeeded by his son Charles Bradlaugh.  This was during the second world war and blackout blinds were in high demand as well as new blinds for shops which had been bomb damaged.  Charles ran the business until his death in 1958 and was succeeded by his sons Charles and Tony.  Charles took on the Manchester division named Irving Blinds and Tony ran the London based company.  During the 1950s and 1960s the business thrived. People had money but little to spend it on.  Tony employed over 120 people and had contracts with most of the big retail stores.

Although Tony sold the business in 1968, it did not mean he would leave the blind and awning trade.  He already had another smaller blind and awning manufacturing company called Radiant Blinds (using Tony’s initials Richard Anthony Dean).  He had set this up to run alongside Deans and provide a double hit on sales opportunities.  Once Deans was sold, he ran the venetian blind business for five years and then started selling exterior blinds and awnings again.  Radiant Blinds grew and became an established, well-respected, independent company.  Tony’s daughter Nicola joined in 1983 and worked closely with her father.  In 1988 Nicola and her husband Roger started running the business and were later joined by Roger’s brother Ian until January 2015 when the Emerson family took over.  Therefore Radiant Blinds and Awnings has always been a family concern.