Another new opening for Elan Cafe this week in Bicester Village – Oxfordshire. 4 new giant umbrellas in their own Elan Pink fabric.  Additionally, we supplied a new awning cover in a bespoke white and pink stripe. 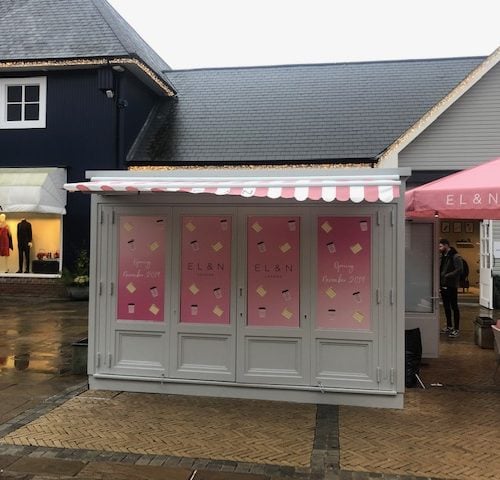 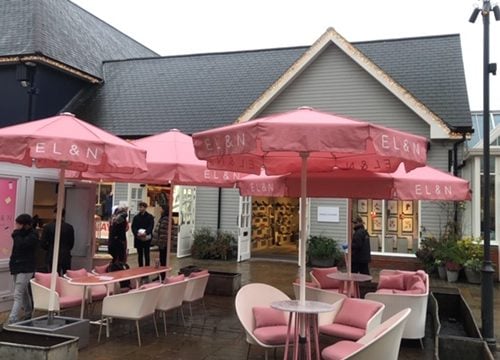 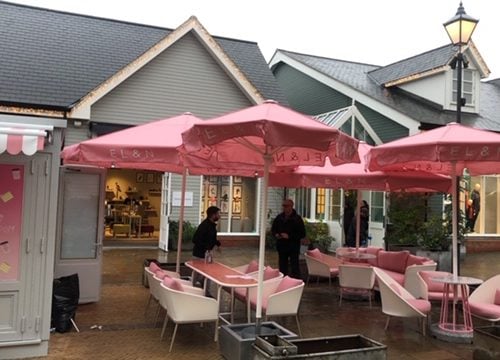 Awning and Umbrella Covers for Elan 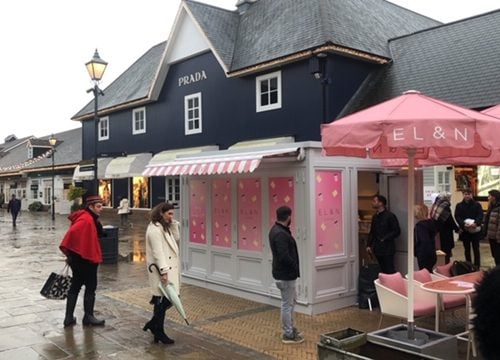 Our team were onsite early morning to set up for the opening of the new Elan @ Bicester Village – Oxfordshire. Radiant Blinds & Awnings make the Pink fabric for Elan that is used on their awnings.  We also made the umbrella covers. 4 different size umbrellas on portable bases that have bespoke planters and tables.

Bicester Village is an outlet shopping centre on the outskirts of Bicester, a town in Oxfordshire, England.  The centre opened in 1995. Most of its stores are in the luxury goods and designer clothing sector.