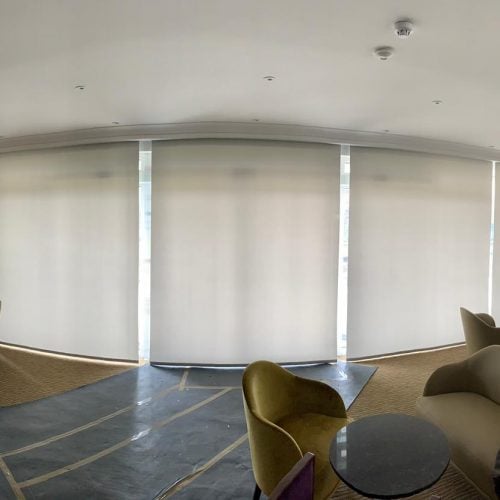 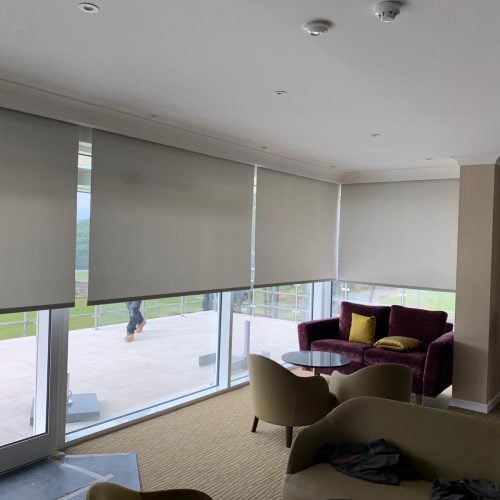 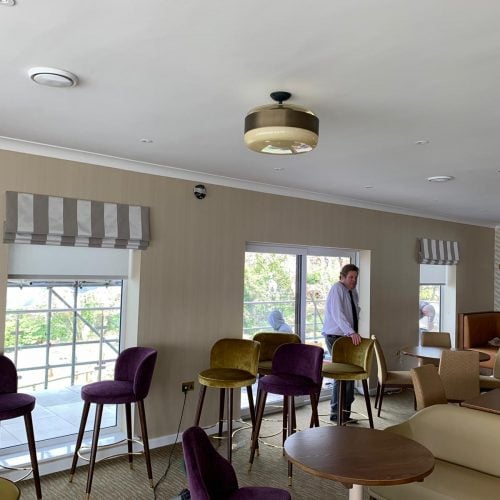 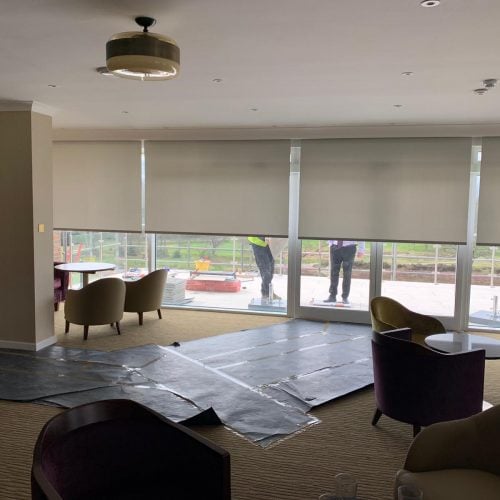 We work on many different projects and were pleased to be involved with the recent refurbishment of Blackmoor Golf Club in Hampshire. Here we supplied roller blinds that are operated by Somfy RTS motors as well as faux roman blinds. For the terrace we supplied and installed 2 giant umbrellas.

Get in touch today if you have a project that requires shading solutions.

Established in 1913, Blackmoor Golf Club has matured over the past 100 years into one of the best courses in Hampshire.

It was originally laid out by renowned golf architect Harry Colt, whose maxim was: ‘The real test of a course: is it going to live?’ Blackmoor certainly has and is one of the 43 courses featured in the 2008 book ‘Creating Classics – The Golf Courses of Harry Colt’.

The course consists of two loops of nine holes created from heathland, with fairways surrounded by heather, pine, birch and oak trees. Colt’s design principles have stood the test of time as golf is still played over sixteen holes designed by him.

From 1998 until 2003, Blackmoor was a regional qualifying course for the Open Championship where golfers from the UK, Europe, America and Africa began their quest for ‘The Claret Jug’.